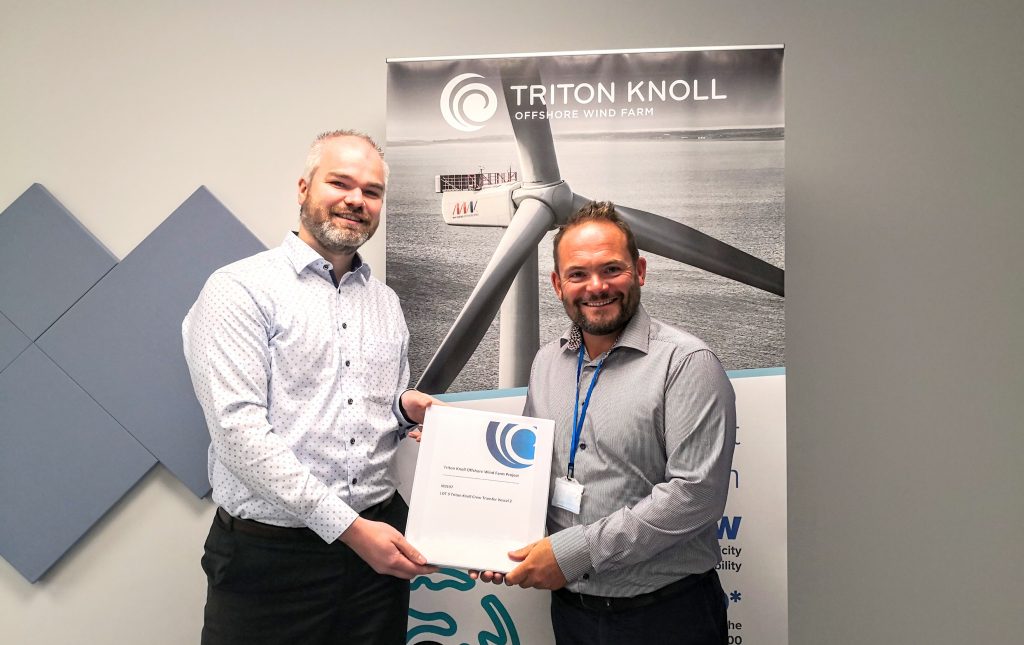 The contract, which includes options for further vessel charters, will initially see two Seacat Services OESVs – one 26-metre and one 24-metre catamaran – operating out of Triton Knoll’s new Grimsby construction base, providing specialist crew transfer and logistical support at the 90-turbine, 857MW project off the UK’s East Coast.

With offshore construction set to commence in Q1 2020, the first of the two vessels will begin preparation works at the project this winter, with the second set to join her in April 2020. Both are set to remain on the project until the end of 2021.

Triton Knoll will be the next major offshore wind construction project to enter UK waters when the first components are installed next year, and has already made significant progress during the installation of the onshore electrical system. Once fully operational, Triton Knoll will be capable of generating enough renewable energy for the equivalent of over 800,000 typical UK households. (1)

Throughout construction, the wind farm project continues to support the ongoing development of the domestic supply chain, and recently launched a local recruitment drive for long term operations technicians on the project. The contract with Isle of Wight-based Seacat Services extends a relationship that has already seen the project owner and vessel operator work together at Galloper Offshore Wind Farm.

Seacat Services’ entire fleet of fourteen state-of-the-art OESVs has been built in the UK, with two further catamarans currently under construction at the Diverse Marine shipyard in Cowes.”

“It is vital that the construction of the project is conducted as efficiently as possible while meeting our highest safety standards. In light of this, Seacat Services has proved a natural fit as a vessel provider and we look forward to progressing our state-of-the-art project with them.”

The deal reaffirms the expertise of Seacat Services in managing complex logistical charters for large-scale offshore wind construction projects. For the duration of the contract, the pair of Seacat Services vessels will be operating out of the Port of Grimsby and will work in conjunction with the on-site Service Operation Vessel (SOV) as part of a shift-based approach that will keep them available on a 24-hour basis at the height of construction activity.

Ian Baylis, Managing Director of Seacat Services said: “During the time-sensitive offshore wind construction phase, the importance of a finely-honed approach to vessel management cannot be understated. It not only ensures maximum ‘time-on-turbine’ for project technicians to keep the project on track but can also create wider operational efficiencies that have an impact across the board.”

“Having worked out of Grimsby previously, we’re looking forward to returning later this year and getting the project underway.”