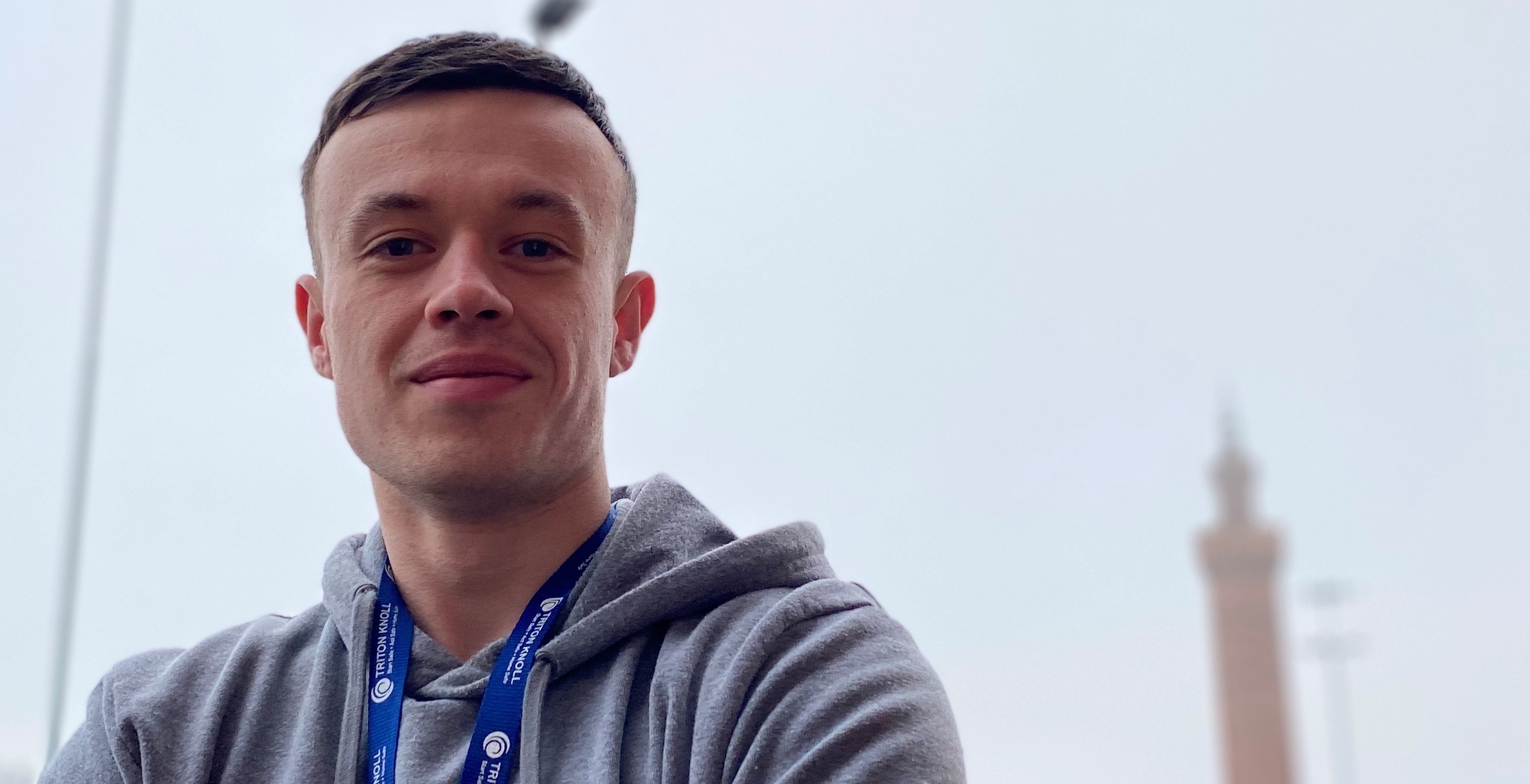 – Further recruitment will follow as project build’s team of 70 at new Grimsby operations base.

The first new recruits to join Triton Knoll’s offshore Operations team in Grimsby have taken up their posts, as the project’s presence in the town grows.

The team of 15, the first tranche of what will be a much larger recruitment drive by the project, include newly qualified apprentices plus 10 entirely new entrants to the renewables sector, most of who live locally.

The new team is now undergoing orientation with the offshore project and with innogy, which has the contract for managing the Operations & Maintenance (O&M) long-term, once construction is finished. For the wind turbine technicians, part of that preparation will be to work as embedded technicians with MVOW, Triton Knoll’s lead wind turbine supplier, learning about the turbines and their operation.

Grimsby-born Kerry Monument is the Operations & Maintenance manager for Triton Knoll and is pleased to be bringing investment and new jobs back to his home town.

He said: “We are in the process of recruiting 70 people to the project in an area that has suffered from declining traditional industries and is still in the grip of closures today. Investing locally, and creating local jobs is so important to us both at Triton Knoll and innogy, and we are delighted to have brought on board so many new people from the local area in our first recruitment drive.

“Given the number of applications we received for these 15 jobs alone, there’s clearly a huge interest in the sector and the innogy business, and we look forward to delivering even more long term, skilled roles to as many local people as possible.”

Recruitment comes as the area continues to contend with declining industries locally, including the closure of the Novartis pharmaceutical plant nearby. Triton Knoll presented at a recent careers event to encourage workers affected by the closure to look to the rapidly expanding offshore wind industry as a chance for new skilled work.

Among the new recruits is qualified electrical engineer Harry Reid, who was born and bred in Grimsby and lives just couple of miles from where the new O&M base is being built. He is new to the offshore wind sector and when fully trained will take on a role of SOV wind turbine technician, working offshore to maintain the project’s 90 x 9.5MW MHI Vestas turbines long-term.

A former BOC technician, Harry said: “What Triton Knoll and innogy are doing in the Grimsby area is great. Offshore wind presents good opportunities for the future and I’ve wanted to get involved for many years, ever since our school careers advisors came to talk to us. I always knew I needed to get into engineering if I was to stand a chance, and so I trained as an apprentice electrical engineer.

“A high skilled job like this, right on my doorstep is fantastic – it’s so accessible for me, and its long term. So long as I can keep climbing ladders I don’t expect I’ll have any issues, and I hope I can stay in this job for as long as the wind farm operates – and that’s so important for my job security.”

A further 50 plus direct jobs will be required by the project to support its long-term operations in Grimsby. The typical 25-year-long lifecycle of the wind farm will also require important support services from companies that are based locally and have the potential to generate further new jobs in turn. Triton Knoll is participating in a Meet the Buyer’s event this week for companies interested in providing services to the O&M Team.

The new recruits are the latest to join the Triton Knoll team in Grimsby, where local firms are already supporting the delivery of the offshore construction works. They including Bridlington firm SMC which expects to see more than 30 of its personnel working on the construction of the project, and expects to identify opportunities for growth as a result (see full story.)

(1) Energy Generation – It is estimated that the average annual generation expected at the site could be equivalent to the approximate domestic needs of an expected minimum of 800,000 average UK households. Energy predicted to be generated by the proposal is derived using wind speeds monitored in the local area and correlated with long term reference data. The energy capture predicted, and hence derived homes equivalent figure may change as further data are gathered. Equivalent homes supplied is based on an annual electricity consumption per home of 4100 kWh. This figure is supported by recent domestic electricity consumption data available from The Digest of UK Energy Statistics and household figures from the UK National Statistics Authority.