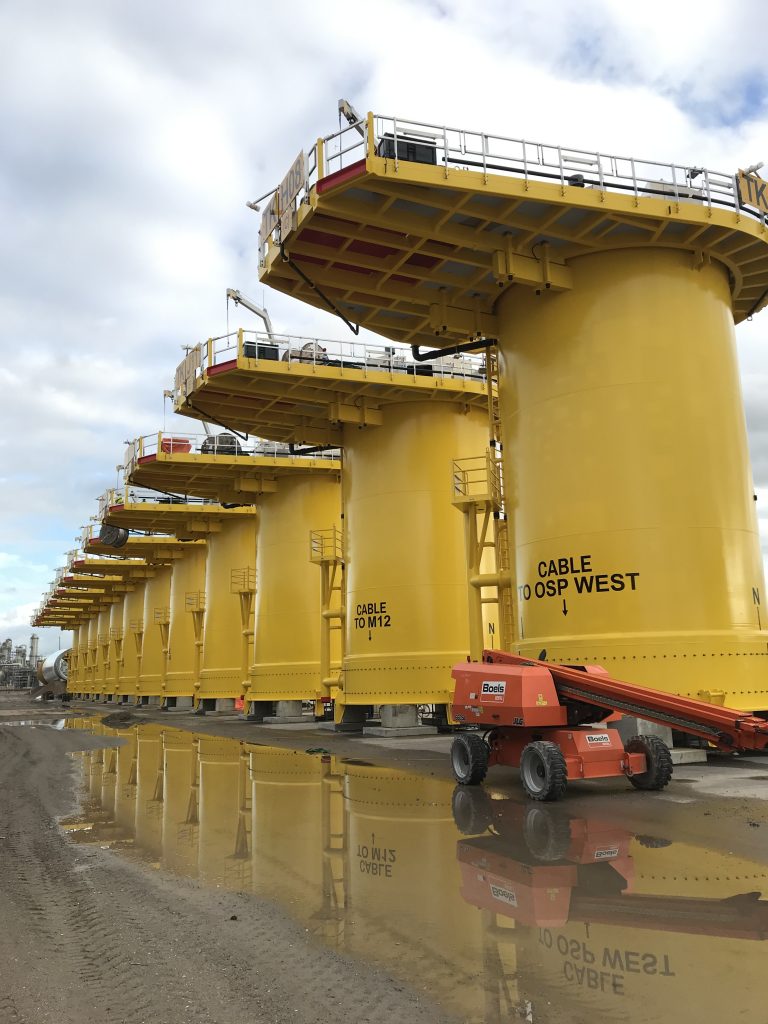 Triton Knoll celebrates the new year with a major milestone as it aims to begin installation of the first state-of-the-art offshore components at the most powerful windfarm in the innogy (1) fleet.

During 2020, the project team will aim to install 90 bespoke monopile foundations and transition pieces, along with two high-tech offshore substation platforms (OSPs) and their foundations, as well as over 600 kilometres of sub-sea export and array cables.

The vessel fleet that will carry out the installation has already begun to mobilise and will look to install the first foundations as soon as the weather conditions are favourable.

Triton Knoll Offshore Wind Farm is a state-of-the-art 857MW (3) offshore wind farm, located over 32 kilometres off the Lincolnshire coast, with a turbine array that covers an area of 145 square kilometres, bigger than the City of Manchester (2).

A fleet of vessels, many operating out of Grimsby’s Royal Dock, will support the construction of the wind farm. The offshore fleet will be dominated during 2020 by the 183 metre long installation vessel Seaway Strashnov, as well as the high-tech Service Operation Vessel (SOV) ‘Esvagt Froude’ (4).

Within the month, the 83 metre long SOV will first visit Triton Knoll’s newly constructed Grimsby port facilities, where all offshore construction activity and longer-term operations and maintenance will be coordinated. The SOV supports the project’s specialist construction team and will regularly enter the port to change crews and re-stock supplies.

Construction of a multi-million pound turbine pre-assembly base at Teesside’s Able Seaton Port will get underway in the new year, equipping the port for the first time to be able to host the assembly and installation of turbines, with first components due to arrive the later this year.

Onshore, significant progress was made during 2019 to construct the project’s onshore electrical system, which consists of a 57km underground onshore export cable, a new landfall connection and purpose-built Triton Knoll Onshore Substation. Construction is due to finish in 2020 and will ensure the project is all set to transmit power, via the Offshore Substation Platforms which were mechanically completed in 2019, into the national grid network and ultimately over 800,000 UK homes.

In 2021, the focus of construction will shift to the installation and energisation of the powerful 9.5MW turbines, with Triton Knoll anticipating the first electricity to flow from the wind farm into the UK National Grid later that year. 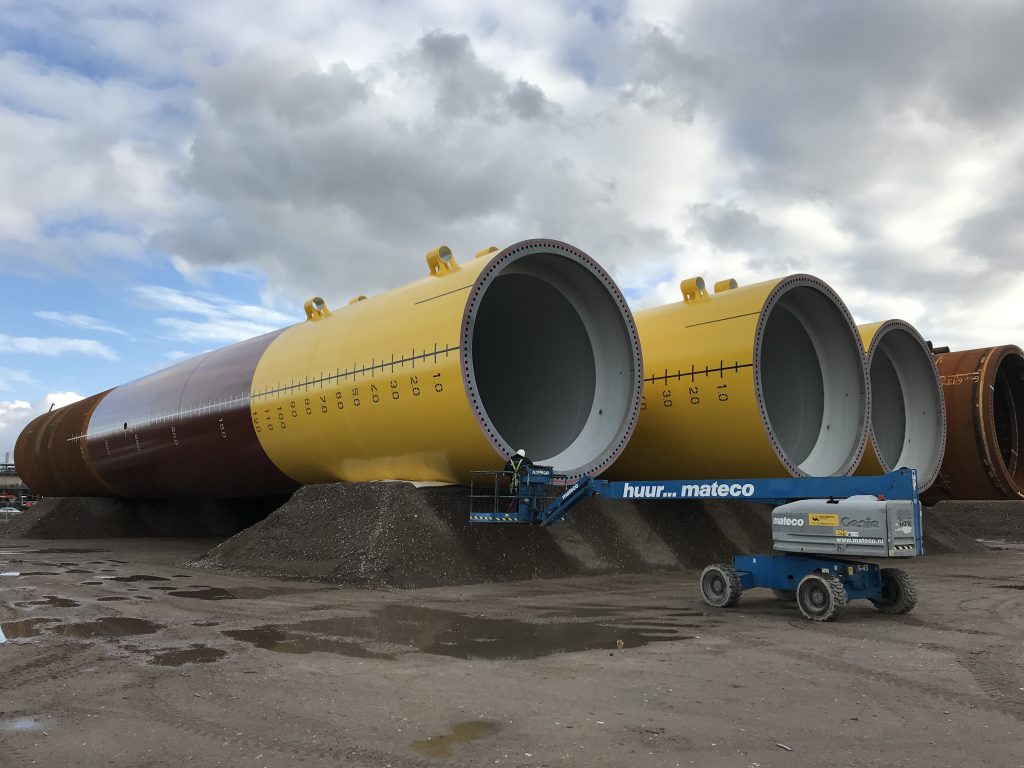 (1) innogy is a 59% owner of Triton Knoll Offshore Wind Farm along with J-Power (25%) and Kansai Electric Power (16%). innogy is also managing the wind farm’s construction and long term operation and maintenance works, on behalf of its project partners.

(3) Energy Generation - It is estimated that the average annual generation expected at the site could be equivalent to the approximate domestic needs of an expected minimum of 800,000 average UK households. Energy predicted to be generated by the proposal is derived using wind speeds monitored in the local area and correlated with long term reference data. The energy capture predicted, and hence derived homes equivalent figure may change as further data are gathered. Equivalent homes supplied is based on an annual electricity consumption per home of 4100 kWh. This figure is supported by recent domestic electricity consumption data available from The Digest of UK Energy Statistics and household figures from the UK National Statistics Authority.

(4) Service Operation Vessels (SOV) are specially designed to support a continuous presence offshore, enabling crews to live for up to four weeks at a time in the field. The vessels improve efficiency and safety by reducing the need to travel from shore each day. The vessels have fully-fitted accommodation units and include a range of facilities to support onboard living.