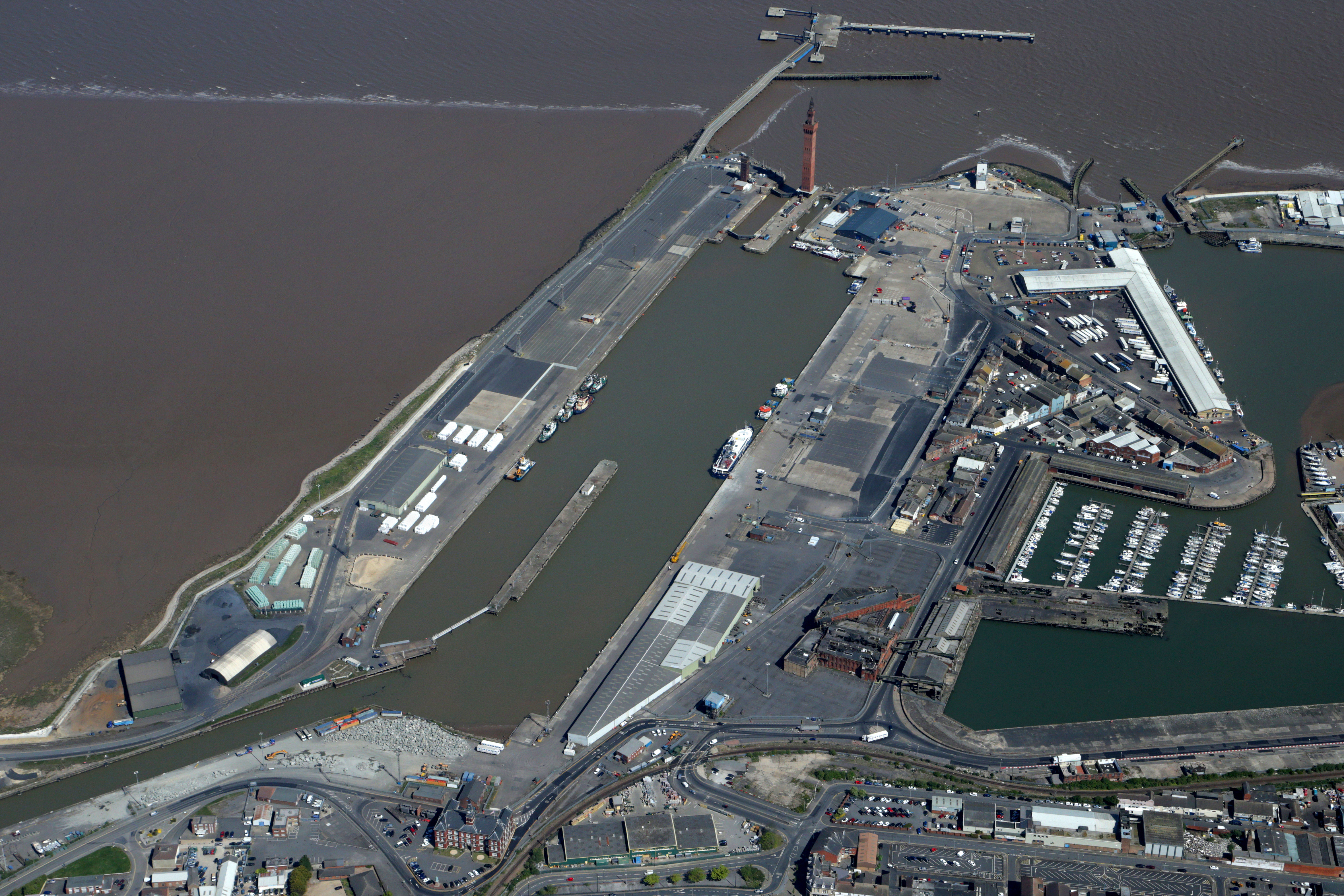 Grimsby’s Royal Dock has been confirmed as the home for Triton Knoll’s offshore construction and operations and maintenance facility after the project signed an eagerly awaited port lease with ABP in Grimsby.

A new construction and longer-term Operations and Maintenance base will be constructed across nearly four acres of prime port location, which the project says will create opportunities for both local jobs and suppliers.

The 857MW offshore wind farm will consist of 90 of the world’s most powerful turbines, two substations and over 100km of cabling, and represents a significant investment in both new UK energy infrastructure as well as supply chain opportunities. Located 32km off the Lincolnshire coast, Triton Knoll is the largest offshore wind farm currently in construction by innogy(1) and, once fully operational, will be capable of generating enough renewable energy for the equivalent of over 800,000 typical UK households (2).

Julian Garnsey, project director for Triton Knoll and innogy, said: “We are very pleased to be establishingour long term home in what could be considered to be the hub of the offshore wind industry. The recent Offshore Sector Deal sets out the huge potential of offshore wind to create up to 27,000 high skilled jobs in UK coastal communities. Continued commitment to new and expanding facilities such as ours with ABP, means we can deliver even greater investment into coastal communities and businesses, where jobs and economic regeneration are most needed.

“ABP is recognised as a leader in the provision of quality renewables port facilities, and we’re looking forward to developing and growing our  facilities with them, local people and businesses in the coming months and years.”

New facilities to be constructed at ABP’s Royal Dock will provide the base from which Triton Knoll will manage the construction and 20-25 year operations and maintenance activities of its offshore site, which is over 145km2 in size – bigger than the city of Manchester(3).

As a result, the port will support regular, long-term vessel movements, including service operations vessels and crew transfer vessels, during both the construction and operations phases.

“It is through this collaborative approach that ABP can proclaim we are at the centre of driving the green supply of energy for the nation. “

Triton Knoll also aims to recruit new and existing skilled technicians to its team, with the first up to 20 roles expected to be recruited and in place by the end of the year.

Tendering for a contractor to build the facility is also underway, and due to be concluded later this Summer.

(1) Triton Knoll is jointly owned by innogy (59%), J-power (24%) and Kansai Electric Power (16%), with innogy managing the construction of the offshore giant on behalf of the way partnership.

It is estimated that the average annual generation expected at the site could be equivalent to the approximate domestic needs of an expected minimum of 800,000 average UK households. Energy predicted to be generated by the proposal is derived using wind speeds monitored in the local area and correlated with long term reference data. The energy capture predicted and hence derived homes equivalent figure may change as further data are gathered.

innogy SE is a leading German energy company, with revenue of around €37 billion (2018) and around 43,000 employees. With its three business segments Renewables, Grid & Infrastructure and Retail, innogy addresses the requirements of a modern, decarbonised, decentralised and digital energy world. Its activities focus on its about 22 million customers, and on offering them innovative and sustainable products and services which enable them to use energy more efficiently and improve their quality of life. The key markets are Germany, the United Kingdom, the Netherlands and Belgium, as well as several countries in Central Eastern and South Eastern Europe, especially the Czech Republic, Hungary and Poland. In renewable power generation, the company is also active in other regions, e.g. Spain, Italy and the USA, with a total capacity of 4.0 gigawatts. As a leader of innovation in future-oriented fields like eMobility, we are represented in the international hot-spots of the technology industry such as Silicon Valley, Tel Aviv and Berlin. We combine the extensive expertise of our energy technicians and engineers with digital technology partners, from start-ups to major corporates.

• ABP ports in the Humber contribute £2.5 billion to the UK economy every year
• ABP Humber is the gateway to the Northern Powerhouse, handling trade worth over £75 billion, supporting around 33,000 vessel movements annually
• The ports of Grimsby and Immingham handle exports to EU countries worth £19 billion in trade
• The port of Grimsby currently handles around 500,000 vehicles each year
• In 2013, the port of Grimsby opened the Grimsby River Terminal at a cost of £26 million to expand their automotive offering.