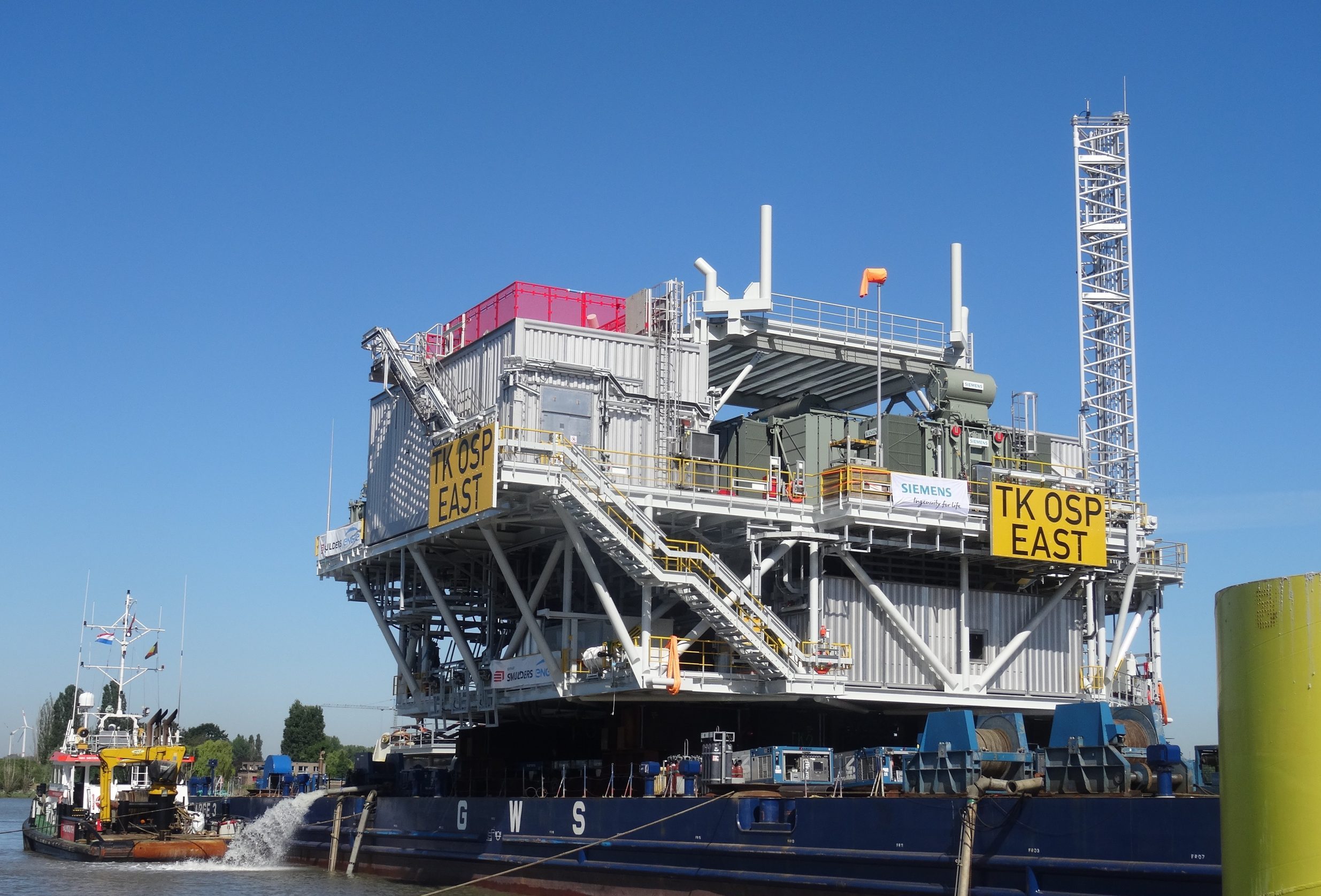 Triton Knoll has an important offshore milestone in sight after its second and final offshore substation platform (OSP), set sail ahead of installation 32 kilometres off the Lincolnshire coast.

The first OSP (also called an Offshore Transformer Module®  or OTM) reached its offshore location in April, with the second due for installation in the coming days. Once complete, both Siemens Energy-designed platforms, will be critical to the transmission of offshore wind power from the project’s 90 state-of-the-art turbines to the shore, 50kms away.

Mark Pilling, Managing Director, Transmission Solutions, Siemens Energy Ltd said: “This achievement marks a crucial stage in the project as we now move from fabrication to connection. Once both platforms are installed on their foundations, we will start commissioning work to get the wind farm ready to connect to the grid to provide the clean, green renewable power needed to reach net zero.”

The OSPs, which were fabricated and fitted out by Smulders and Engie/Fabricom, are an essential part of the wind farm. They stabilise and maximise the voltage of the power received from the turbines before transmitting the electricity to shore. Each OSP weighs 1,200 tonnes, stands a total of 41 metres above sea level, and covers an area of 560 m2. Both are installed on a monopile foundation, of which some 16 metres is below sea level.

Julian Garnsey, Project Director for Triton Knoll and innogy, said: “We’re delighted to see this key infrastructure setting sail on the final leg of its journey, ahead of installation at the heart of our wind farm. Both structures, once operational, will form a critical part of the offshore electrical network and be responsible for transmitting the energy generated by our 90 turbines, over 50km to shore and ultimately into UK homes and businesses.

“At Triton Knoll we remain committed to delivering electricity infrastructure equal to the typical needs of over 800,000 UK homes (1) and within the timescales expected by the UK’s energy supply.”